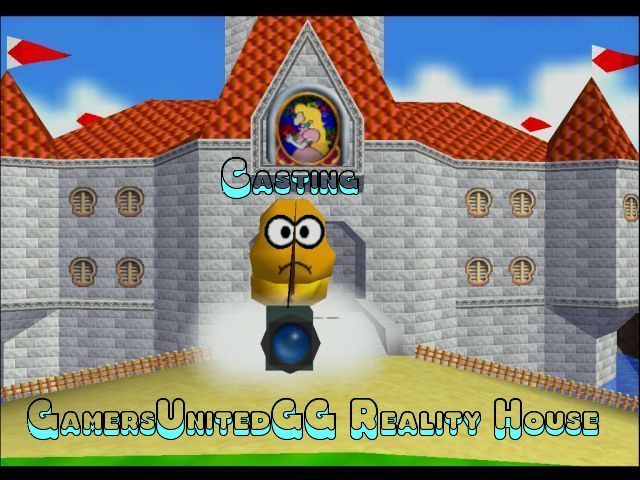 We are starting a Video Game Reality House and the interview process for the characters to be accepted is brutal. You can help us narrow down the characters that will be admitted into Season 1. To participate, post a blog response with the video game character you would like to see in the house and your reasons why they would win! You can link your responses in the comments so that our Producers can review and vote. The final cast will be revealed between now and Episode 1’s start date of October 1st so post your responses by September 17th!

Additional details on the event and other ways to participate will be unveiled over the coming month on the blog and Twitter.

What is the Video Game Reality House?

Contestants will be placed in a house where the goal is to be crowned the Video Game Champion. Like many Reality Shows, the characters will have to survive the social and physical games to make it to the Final Boss Battle. Contestants will compete in video game related challenges where a MVP will be crowned. The MVP will have immunity for the week and gain privileges to help further their position in the game. At the end of each week, characters will be nominated for elimination and 1 or more characters will run out of lives.

How you can participate:

The community will be able to try and save their favorite characters via the Twitter Instant Save Vote or by writing a Confessional Post on the Wednesday before the elimination. The Confessional Posts will be your way to champion for your character as to why they shouldn’t be eliminated and add to the excitement of the Reality Show by revealing secrets the character may have witnessed during the week.

After the challenge today we all gathered back at the house for a barbecue. Everyone was off in their cliques talking strategy and preparing for the elimination vote and I was doing my own thing…

hanging out in boxes you know. I overheard 2 Players scheming on a member of their alliance. They’re planning to get the other Players in the House to vote for their buddy in the coming elimination. This is why I prefer to stay close to my box… you can’t trust anyone. Who were the 2 culprits you say? You’d never believe me if I told you…

The Confessionals can be used to save your character, throw others under the bus and cause more drama for the eliminations and episodes. Nothing is off limits in the confessionals.

The Twitter Instant Save Vote will be posted on The GamersUnitedGG Twitter from Tuesday until Thursday as a Pinned Message. You can vote to instantly save a character from being eliminated.

Both the Confessional Posts and Twitter Instant Saves will be taken into account during the eliminations each Friday.

Now we start the selection process for the video game characters that should be placed in the house for Season 1. 16 Characters in total will be chosen for this first season.  You can nominate 1 or multiple characters up until September 17th. Tune into the blog and Twitter to see which Characters have been selected! Well, what are you waiting for? Post to your blog which video game characters would be great additions to the Video Game Reality Show and don’t forget to link your responses in the comments so that we can see who you are nominating.

I’m super excited for this event and hopefully this can turn into a multi-season community event! Have Fun!