Happy Friday Players! Welcome to Day #8 of the GamersUnitedGG 30 Day Video Game Challenge! Yesterday we planned a bank heist with some partners! Click here to see who we chose!  You can join us and read the official rules by clicking here! Power up Players for Day 8 of the 30 Day Video Game challenge!

The video game pet that I am selecting comes from the Call of Duty franchise. In Call of Duty Ghosts that released in 20  , you would receive a guard dog to play with who was also included in the story. Riley is her name and she is my favorite video game pet! Riley is loveable, protective and will have your back in any situation, what more could you want from this beautiful German Shepard? 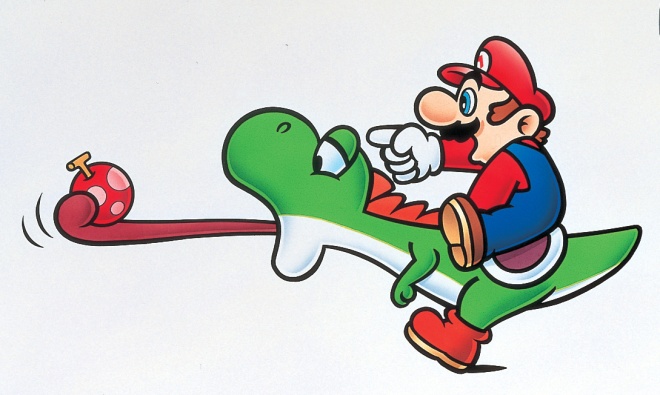 Yoshi from the Mario series came to mind as an awesome pet. The problem is that I now see Yoshi as more than a companion or dinosaur that you can ride on and force to eat Koopas. With the launch of iconic video games like Mario Party, Mario Golf and Yoshi’s Islands, Yoshi has become a staple playable character. Because he has transcended his role as a mount in the Super Mario Bros. days, Yoshi is no longer considered a pet in my mind.

The Chaos from Sonic Adventure Battle 2 would be a great option for favorite pet. In the game you can visit the Chao Gardens and raise Chaos to be anything you want! It gives a new meaning to the phrase “You can be whatever you want to be!” During missions, each character can collect up to 10 items to bring back to the Chaos Garden. Each item will have buffs in a specific area like strength, swimming and flying. These items increase your Chaos level and you can use them in races or tournaments against other Chaos. You can even send the Chaos to school to learn unique talents. Chaos are awesome and while they are pets, I consider them more like children that each character will raise lol.

One pet that I would love to have is Chomp from the Mario series. Chomp is the giant chained dog that looks like a bowling ball. Can you imagin the amount of protection you would have if Chomp was at your side? He’s fast, strong and dangerous to anyone that’s an enemy. You could also ride Chomp around and have a great day of bonding with your dog.

Day 9: What is your favorite childhood video game title?

Those are my favorite video game pets, what are yours? Do you consider Chaos children? When’s the next Yoshi game coming out? Let’s talk video game pets!